DPF Cleaning or DPF Remanufacture,
What's right for you?

The FH3 DPF Cleaning Machine this will successfully clean all types of particulate filters, not just cars, but vans, light, medium and heavy trucks, buses, and any off road equipment that has a diesel particulate filter. It will efficiently remove the PM-10 (Soot & Ash) from the filter restoring the DPF back to 98% original.

While the DPFs do their job in removing particulate matter, the soot will simply continue to build up. Whilst most vehicles have active on-board regeneration processes, these are not 100% effective and over time you may notice the requirement for active or passive ‘regens’ becoming more frequent. This is a sure sign that it’s time to service your DPF.

WANT TO CLEAN YOUR DPF?

Bake & Blow DPF Cleaning is no longer the go

“Daimler Trucks North America, (DTNA), has done its own research and its exhaustive report supports the research we have carried out independently.  Heat and air cleaning (Bake &Blow), is simply not an effective way to clean DPF’s, there are too many variables that can both damage the filter and leave the filter still full of ash” said DCARB CEO Matt Bailey.

DTNA contends that the only effective way to clean a DPF is the 3-stage approach, Air, Heat, and Fluid. The DCARB DPF Reman service includes air, heat, and aqueous in addition to other proprietary methods and cleaning agents.

Bailey says, “We suspected this was coming some time ago and as such have prepared the company to respond to this seismic shift.  We have invested heavily in new technology with our Las Vegas depot alone having spent over $350,000 to secure industry-leading technologies, we are not a radiator shop or mechanic shop doing this as an add-on service, this is all we do and we do it well”.

“For over 24 months we searched the globe for the most effective system to meet the anticipated change in DPF cleaning attitudes, fortunately, we found the FH3 machine based out of Europe, by far the most advanced and reliable system capable of returning results of 98% clean which is the best in the world.  We were so impressed with the FH3 system we secured the exclusive rights for North America, Latin America, and Australasia”.

Our DCARB internal testing corroborates the research undertaken by DTNA in demonstrating that a Bake & Blow clean on its own is only best 60% efficient, whereas the DCARB reman process is above 98%. A Bake & Blow at best leaves behind 20% on every clean, which compounds, so in effect, after 3 Bake & Blows the unit is only 51% clean, compared to that of a reman at (98%), which after 3 cleans it’s 94% clean.

Bailey, in support of the DCARB reman process says “After 3 Bake & Blow clean, you might as well replace the DPF, however a reman DPF will last many services and allow the engine to run more efficiently”.  Bailey went on to say, “the DCARB Reman program differs to our competitors in a couple of ways, there are no core fees and importantly we reman your own DPF so you know the history of the DPF, whereas with other reman programs you don’t know, it may have even been Bake & Blowed 5 times previously”

Every DPF cleaning service with DCARB comes with a full report showing the weight, the condition, and more importantly the flow rate achieved, which will be back to OEM spec or better.

DCARB DPF Cleaning.com have been servicing Las Vegas and its surrounds for the past 2 years. And have just announced an aggressive expansion program and will begin immediately offering their DPF Reman services to the South Western States. 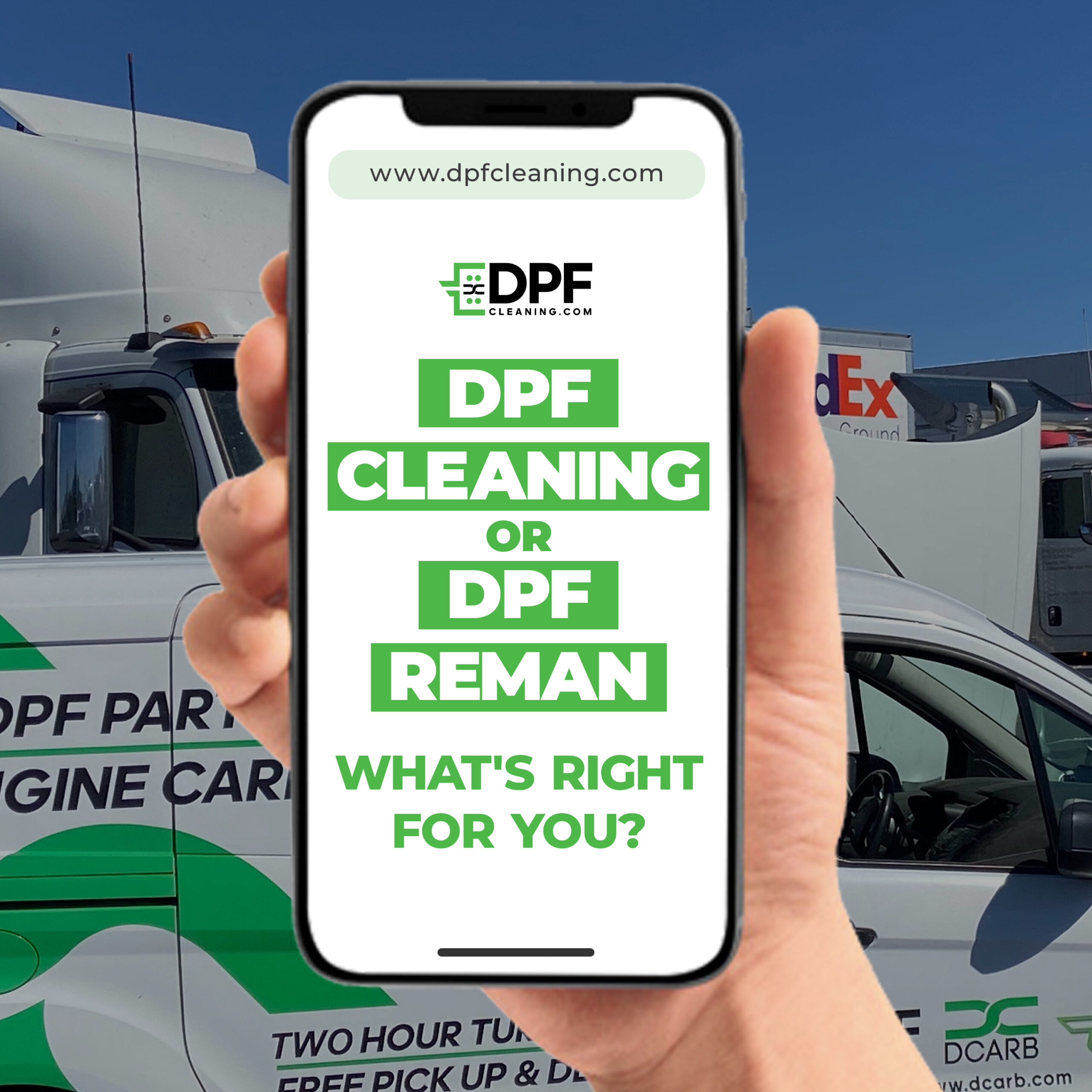 Want to clean your DPF?

With a team of experts and DPF specialists, we ensure that our efforts and attention are 100% focused on giving you only the best of our services.